I started on shortwave with that mentioned little receiver i did build at the age of 14. It was sold by Radio Rim in München (Munic). That was in 1970. Sadly i was not able to find any picture of that rig in the internet. (Can anybody help me out?) It was a little receiver about 2 Cigarette Boxes big with a removable band coil for 5 shortwave bands in a socket outside the box)

My next shortwave station was a Heathkit HW 101 for shortwave receiving for a while. This is one of the most sold tranceivers by Heathkit. 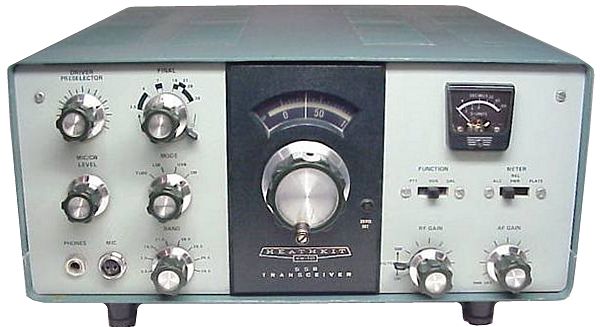 I did a lot of shortwave receiving with the HW 101 and also I made my first shortwave contacts with this rig. (My first contact on shortwave was on 10. February 1982 with HA8KEO on 20 meters in CW). As far as i can remember i got this tranceiver from Fritz DL1CA after he became silent key in 1975.

Short after i got my HF licence a bought a Yaesu FT 277 Tranceiver.

This tranceiver was fully transistorized by that time with the exeption of 2 tubes in the PA. It did not work too good on 80 and 40 meters because of problems with cross modulation. So i had to build a pre filter to get rid of cross modulation and to be able to work DX on 80 m and 40 m. 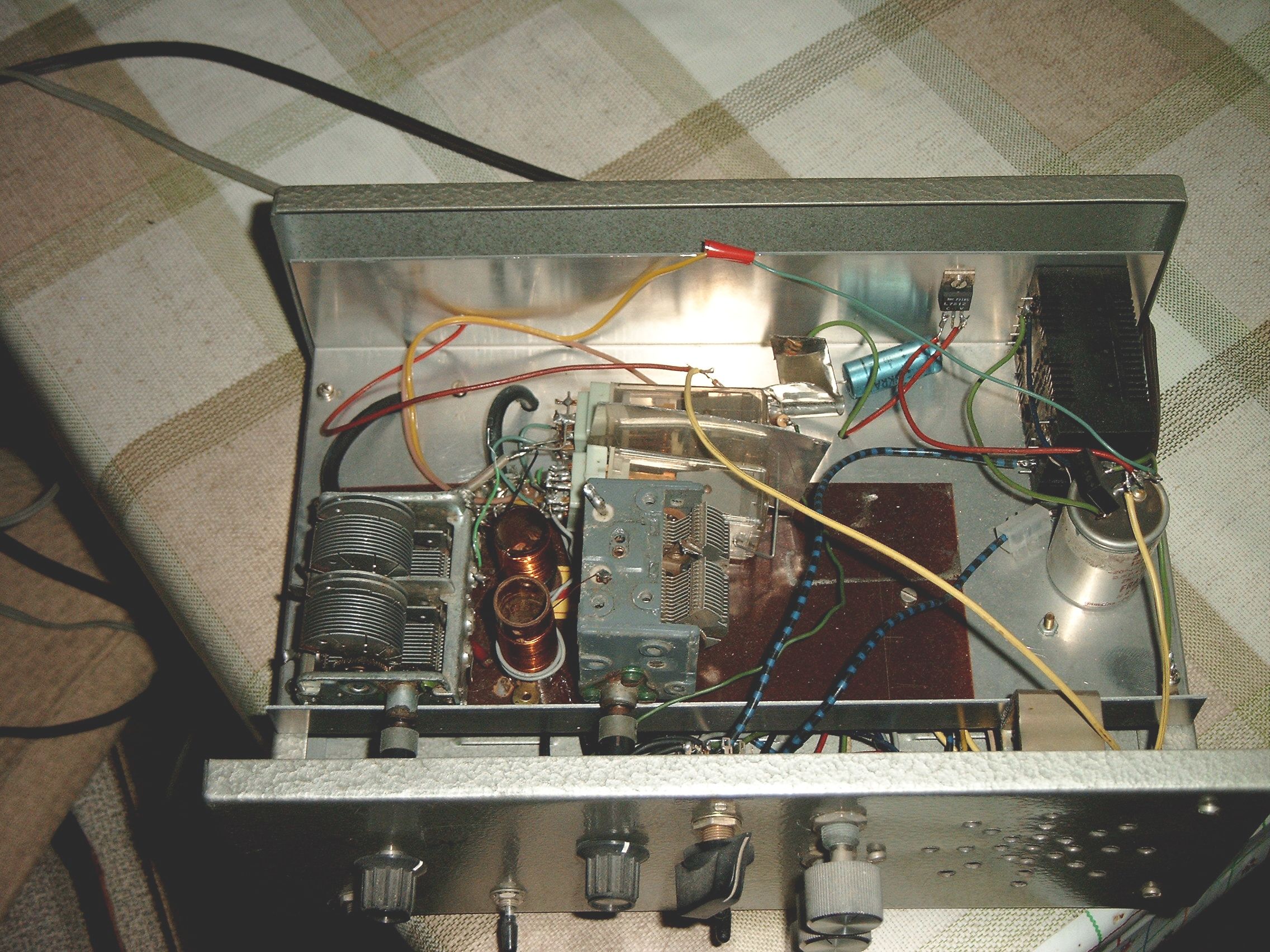 The filter also had an audio notch filter for CW operation.

I used this Tranceiver till Dezember 1982. I sold this TRX afterwards. 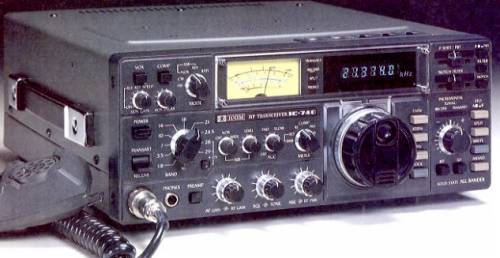 I liked this tranceiver very much. It was (and is) doing a good job and I still own it and Theo, DJ1RL used it till he became silent key, because he had two shacks but only one shortwave tramceiver. I did sell this TRX end of 2020.

Now history is getting a bit confusing, because i bought and sold a couble of radios to use for expeditions during the years.

I am quite sure the first tranceiver of this row was a Yaesu FT 707. At least i found an Invoice dated June 1988 when i got that Rig. 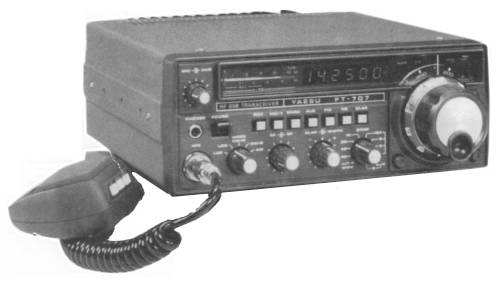 Like his older and bigger brother the FT 277 this tranceiver also had problems with cross modulation especially on 40 meters on my big wire antennas i use at my home QTH. But i bought this rig for portable use anyway and there it did a good job. So i kept it also till August 1990 (see below) till i bought the ICOM IC-726.

Because the FT 707 did´nt perform too good i gave the FT 757 GX II a try. This was the first tranceiver from Yaesu i really liked. The Rx did a good job also on 40 meters. It was also very light and quite small and good to carry in an airplane. 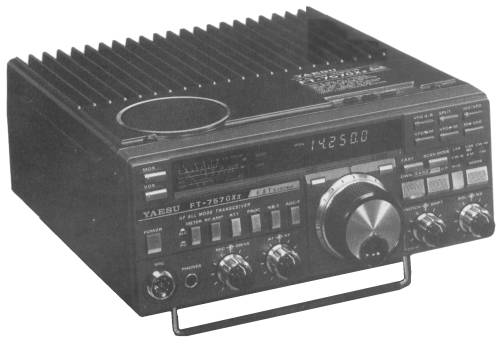 I Used this rig in my holydays and also in Flagstaff AZ in 1989 when i was signing W7/DL8ZAJ during my PhD works. I sold the original one in 1990 but in 2008 a FT 757 GX II came back to me, because a OM became silent key. I think, i am going to keep it this time for mobile use. 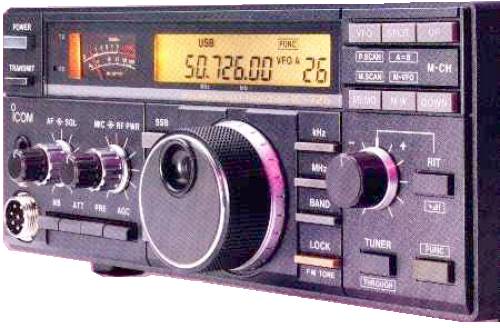 So much for history. My current HF station splits up in several tranceivers: 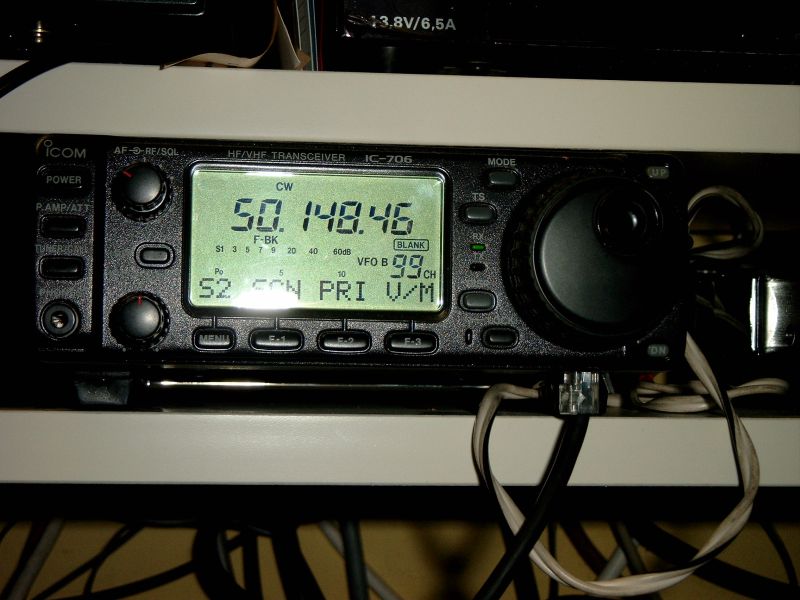 I actually bought this tranceiver to replace the IC-726 because i liked that it is very light and also as small than a car radio. So it is good for any transportation in the car or by plane. 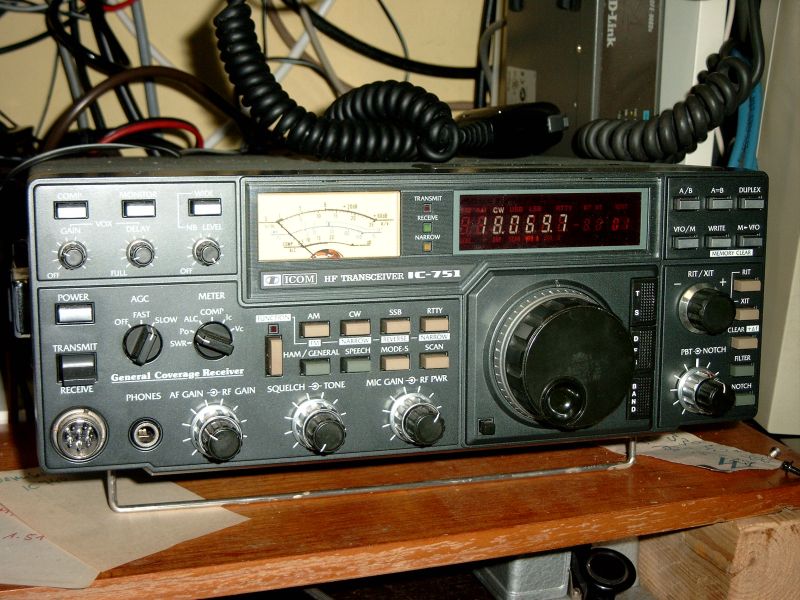 I actually got this rig because i needed a tranceiver for my second QTH 10 km east of my main QTH in Langenselbold. So i looked out for a affordable used tranceiver and got the IC 751. After some days i found out what a teriffic job this rig really does (it used to be the „flagship“ of Icom in former days) and so it went to the main QTH and the IC 740 i still used at that time, went to the second QTH.

Nowerdays the IC-751 is mostly retired and only running on  a 10 meter Repater once in a while. 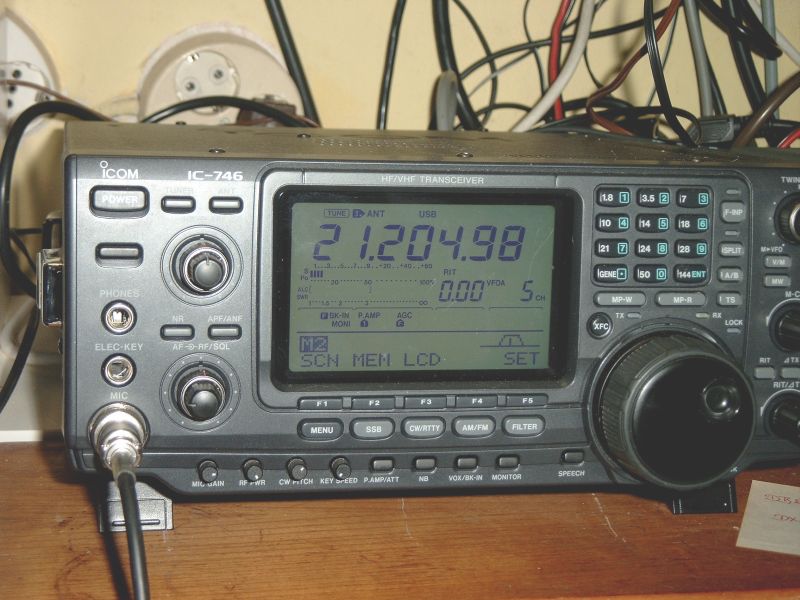 I bought that tranceiver in November 1998. It really is doing a teriffic job.  It is now running on 2 meter Band because after 9 years i got a new radio on the HAM Radio in Friedrichshafen in 2007.

After 9 years of operating the IC-746 i decided to give a modern DSP Tranceiver a try, also beause in the last couble of years i did more and more contest operations. I got that rig pretty cheap at the HAM Radio fair in Friedrichshafen in 2007. The DSP really is doing a teriffic job eather in contest operation or chasing DX on the bands. 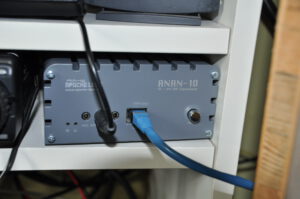 After about 10 years using the IC – 756 Pro II I decided to give the SDR technology a try so i bought a Apache Labs Anan 10 E a chance. It is a QRP rig totally operated with a PC interface. The RX was not too bad but i guess when you are used to work with knobs and bottons for over 40 years it is tough to get used to something like this: 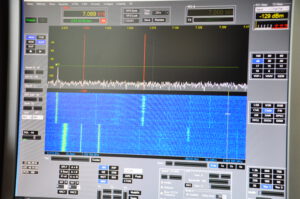 So i did not use that TRX too long and sold it again. 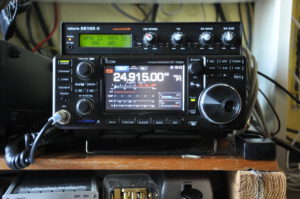 Some of the pictures used on this page are copied from The RigPix Database by Janne SM0OFV.

Because i like to work QRP (Output 5 Watts or less) i did build some rigs from Elecraft: 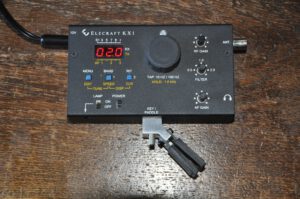 I use this TRX out in the field. You are able to use it with in build batteries or on a outside power source.

It took some more time to build it but ist working like a charm: 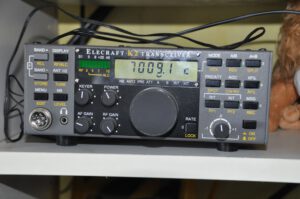 I also own a commercial QRP Rig the

Besides the two Elecraft DYO Tranceiver i also own a ICOM IC – 703. The nice thing about this rig is that it has a build in antenna matching device. So you dont need to carry a matchbox when you using it.

I guess thats about all. Heaps of rigs since the beginning 1970ies.